After moving back to Texas, the brothers recorded their eponymous debut album in 2003 at Willie Nelson’s Pedernales studio in Austin, with Willie himself guesting on the sessions. Although originally released on small Or Music label, Epic Records picked up Los Lonely Boys for major-label distribution in early 2004. The album quickly won the band a large national audience. Its lead single “Heaven” became a Top 20 pop hit, reached the #1 spot on Billboard’s Adult Contemporary chart, and eventually won a Grammy Award for Best Pop Performance by a Duo or Group with Vocal.

After a prominent guest appearance on the 2005 Santana album All That I Am, Los Lonely Boys solidified their success with 2006’s Sacred, which brought two more Grammy nominations, and 2008’s Forgiven, as well as the holiday-themed Christmas Spirit. Meanwhile, the band continued to build its reputation as a singularly powerful live act.

In early 2009, Los Lonely Boys made their LonelyTone/Playing in Traffic debut with the all-covers EP 1969, followed by the unplugged Keep On Giving: Acoustic Live! Those releases set the stage for the band’s acclaimed 2011 album Rockpango, and for the creative leap forward that Revelation represents.

“We want to make music that brings people together, not music that divides people,” Jojo states. “We’re all about having a good time, but we also make an effort to write about things that really matter. A lot of people write songs about superficial things, like how you look and what kind of car you drive and how much money you have, but we’re not interested in that. We want to create music that’s about the love and the energy and the spirit that we all carry as people.”

“We’re very thankful that God blessed our family with a drummer, a guitar player and a bass player, and that the three of us get to make music together,” Jojo concludes. “There’s been a few bumps in the road here and there, but that happens in any family and in any band. The main thing is that we stick together, and that we’re trying to pass on that feeling of brotherhood, of familia, in the music that we make.”

Neal is a local legend logging over 20 years in the local scene playing all over New England. He is equally adept at rock, blues and country. Neal is a true soul man who puts his personal stamp on whatever style he maybe playing. These boys can jam. 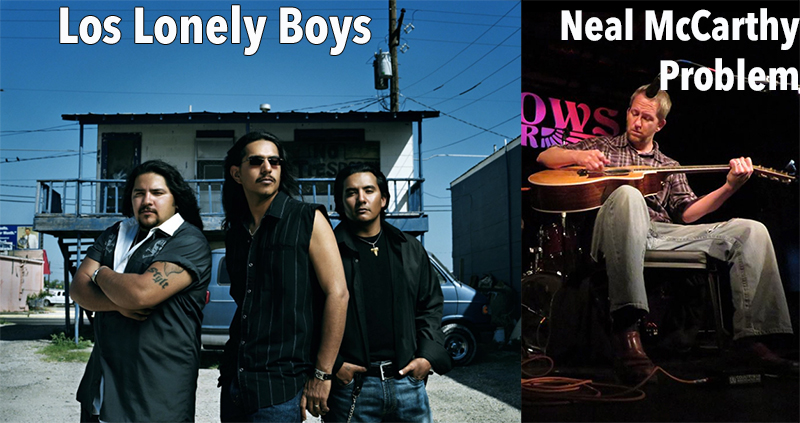