The 5th Annual Narrows Winter Blues Festival is a 2-night event stacked with amazing artists. You won’t want to miss this.

Carolyn Wonderland
A musical force equipped with the soulful vocals of Janis and the guitar slinging skills of Stevie Ray, Carolyn Wonderland reaches into the depths of the Texas blues tradition with the wit of a poet. She hits the stage with unmatched presence, a true legend in her timeCarolyn grew up the child of a singer in a band and began playing her mother’s vintage Martin guitar when other girls were dressing dolls. She’s gone from being the teenage toast of her hometown Houston to sleeping in her van in Austin amid heaps of critical acclaim for fine recordings Alcohol & Salvation, Bloodless Revolution, and more recently, Miss Understood and Peace Meal.
Along with the guitar and the multitude of other instruments she learned to play – trumpet, accordion, piano, mandolin, lap steel – Wonderland even thows in a whistling solo on occasion

Scott Sherrard
Since the Fall of 2008, Scott Sharrard had been the touring guitarist for the Gregg Allman Band. He’s been called “one of the best guitarists in the country” by Billboard. Gregg Allman, had high praise for the guitarist. “I know all about guitar players —I’ve seen the very best — and Scott Sharrard is the perfect guitarist for my band. He understands that you don’t need to play just for the sake of playing; Scott isn’t one of those guys who thinks they’re getting paid by the note. He never steps on the vocals, and leaves plenty of room for everyone else to do their thing, but when it’s time to solo, Scott delivers, boy.”

While most recently acting as Musical Director for Allman and recently recording his last record “Southern Blood” in Muscle Shoals, Scott has also been concentrating on the growth of his solo career while holding Gregg’s legacy near and dear as a guiding light and point of everlasting inspiration. His next album “Saving Grace” has been recorded and will be released in 2018.

Delta Generators
The Delta Generators have accomplished a lot since forming in 2008. They won the Boston Blues Society’s Blues challenge in 2008, which earned them a spot in theInternational Blues Challenge held in Memphis in 2009. The band finished as aTop 10 Finalist out of over a hundred bands. The Delta Generators also won anIndependent Music Award for Best Blues Album category for their debut album, Devil in the Rhythm in 2009. In 2009 they won Best Blues Band in Worcester Magazine for and were nominated for Best R&B Act in the Boston Phoenix in 2010.The DG’s 2nd album Hard River to Row was selected by the Blues Foundation as aTop 5 Finalist (out of entries worldwide) in the Best Self-Produced CD competition at the International Blues Challenge in 2011. This album also placed nationally at #8 on the JamBand Radio Chart, #17 on the Living Blues Radio Chart and #25 in the Roots Music Report. The DG’swere nominated for Best Blues Act 2011 by The Boston Music Awards, and Best Blues Band 2013 byWorcester Magazine Music Awards. The band plans to tour in 2014 behind their new album “Get on the Horse”. 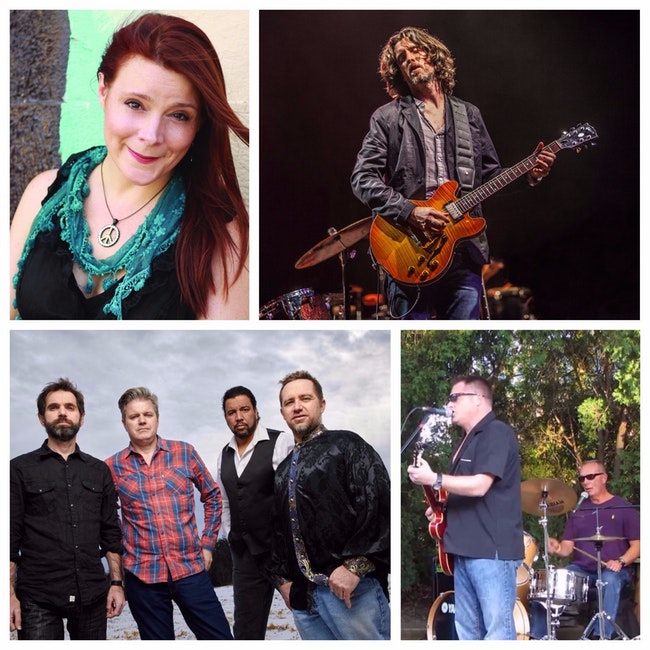