The 5th Annual Narrows Winter Blues Festival is a 2-night event stacked with amazing artists. You won’t want to miss this.

Anthony Gomes
The Toronto singer/songwriter/guitarist, Anthony Gomes, is propelling blues rock into the contemporary music culture with his unapologetic approach to reinventing the genre in relevant and fresh ways. “The blues is old, but not tired” said Anthony, adding: “It speaks as truthfully today, and for this generation, as it ever has.” Blues Music Magazine writes that, “the formidable guitar chops and authentic singing place him in the forefront of modern blues.” This, along with his high-energy shows and dynamic stage presence, make him one of the top draws on the Rock/Blues circuit today. And the facts speak for themselves. Gomes has performed in 17 countries and has shared the stage with B.B. King, Buddy Guy, Robert Plant, Joe Bonamassa, Heart, Jonny Lang, Sammy Hagar, 38 Special, Robert Cray and Kenny Wayne Shepherd.

Damon Fowler
After spending much of the past year touring with the band Southern Hospitality, Damon Fowler is back with his third solo project for Blind Pig Records, Sounds of Home. Damon chose swamp blues master Tab Benoit to produce and record him at Tab’s rural Louisiana home studio, and their collaboration has resulted in Damon’s strongest effort to date. The tension between his measured, laid-back vocal delivery and the hallmark intensity of his guitar virtuosity has never been keener, and the stories told in his songwriting here – sometimes in collaboration with long-time writing partner Ed Wright and Benoit – exhibit a combination of depth, grace and humor very few of his contemporaries can match.

Neal McCarthy Band
Neal is a local legend logging over 20 years in the local scene playing all over New England. He is equally adept at rock, blues and country. Neal is a true soul man who puts his personal stamp on whatever style he may be playing. These boys can jam.

Her latest CD, “Takin’ Hold Of Your Heart”, was released at the “Clearwater Sea Blues Festival” in Florida where “The Lois Greco Band” opened for Robert Cray. Although her music is very bluesy, she likes to draw from other influences including R&B, Gospel, Funk, Rock and Jazz. Lois regularly tours throughout the US and Europe. 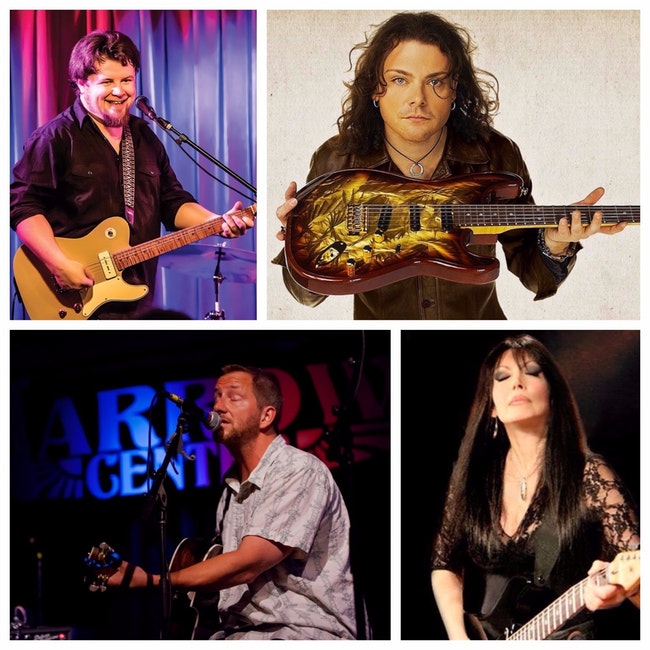