Aaron Freeman, former front man for Ween, has stepped out to record his first-ever solo record, Marvelous Clouds. Out May 8th, the album features 13 heartfelt interpretations of songs written by 20th century poet/songwriter, Rod McKuen. Marvelous Clouds reunites Freeman with Ben Vaughn, who produced Ween’s classic 12 Golden Country Greats. The meticulously crafted and stunning result casts Freeman as you’ve never heard him and is sure to prompt a reappraisal of McKuen, who has lived privately and out of the public eye in recent decades. Having sold over a million albums with Ween worldwide, Freeman’s use of McKuen’s work to articulate one of his most personal efforts to-date marks a new milestone in a career well known for its use of a wide range of vocal styles and song characters. 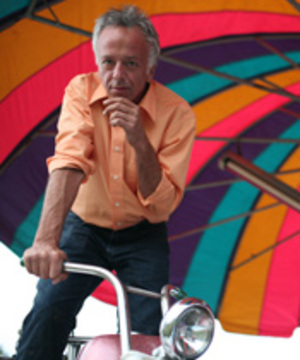