Until now, it’s been easy to separate Aaron Neville’s career into two separate but equal strains: the funky stuff he’s favored when working with his esteemed band of brothers, and the angelic balladry you associate with him when he’s punching his own time card as a solo artist. Casual fans might admit they don’t know much — to borrow a phrase — about Neville’s musical center, but they’ve perceived a certain split in his career. An education is about to be provided, then, in the form of Apache, a solo album that makes the case for Aaron Neville as the most holistic of soul men. Its hard R&B side matches anything the Neville Brothers ever recorded for true grit, while still allowing plenty of space for a singer who’s arguably the most distinctive vocal stylist on the planet to tell it like it is.

Apache also reflects Neville’s social and spiritual concerns, marking only the second time in his 56-year recording career that he’s co-written nearly an entire album’s worth of material. The words are straight out of a poetry journal he began keeping in the 1970’s, which more recently migrated to his iPhone. The music was written and produced by a pair of collaborators well known to enthusiasts of the retro-soul scene, Eric Krasno (guitarist for the groups Soulive and Rustic) and Dave Gutter (frontman for the Rustic Overtones). Together, they’ve come up with a modern/revivalist marvel harking back to a golden age that produced classics like Marvin Gaye’s “What’s Goin’ On” (which Neville just happens to reference in the eco-conscious “Fragile World”).

“I call it The Other Side of Aaron,” says the 75-year-old legend, offering an alternative album title, “because people know me from doing the ballads and New Orleans stuff. They’re getting another feel of Aaron” — a record that touches on the mystic gumbo of “Yellow Moon” and sheer sweetness of “Everybody Plays the Fool” while diverging toward a third path we’ve never quite heard from Neville in the studio. And as much as he wants to surprise long-time fans with it, he says he’s “hoping that a lot of other people that might not even know me get turned on to it.” Which is far from unimaginable: It’s easy to picture a 20-year-old listening to the tracks that feature the Dap-King horns and wondering who this new guy is who’s following in the tradition of Amy Winehouse.

“Sonically, we knew we wanted to take it back to the soul/funk era,” says Eric Krasno (who’s produced and/or written for Ledisi, Matisyahu, Norah Jones, 50 Cent, Chaka Khan, and countless others). “When I first connected with Aaron, we talked about ‘Hercules’ [a 1973 single Neville recorded with Allen Toussaint and the Meters] and some of Aaron’s early recordings as references. And most of the instruments and gear we used on this record were made before 1975. But we also wanted to give it something fresh and new, and we used a lot of modern tricks to get where we wanted to go. Certain songs like ‘Be Your Man’ and ‘I Ain’t Judgin’ You’ get into some heavy funk, while ‘Sarah Ann’ and ‘Heaven’ take you to the warm, soulful place that Aaron does like no one else.”

If the final musical aesthetic of Apache is something of a hybrid, well, Neville knows all about hybrids. He is one, even at the core of his racial identity… which is where the title of the album comes in.

“We have Native American blood in us,” Neville explains. “My great-grandmother came from the island of Martinique, and they settled down in Convent, Louisiana, and they hooked up with some of the Native Americans back there — so we are African, Native American, and whatever else. Sometimes I say that with all the different colors we have going, we’re Heinz 57 — you know, the 57 varieties,” he laughs. “I have a picture of my grandmother right next to a picture of Geronimo, and they look like they could be sister and brother. When I was in school days, if they were doing a Thanksgiving play, they would always pick me to be the Native American in the play, because of my high cheekbones and all. When I was in my late teens, in the summer I’d be out front and my skin color would turn red, and I used to wear my hair straight down with a headband around it. So my uncle started calling me Apache Red, and then I just shortened it to Apache.”

He’s held on to the nickname with pride over the years. “My license plate used to be ‘Apache’ on my car in New Orleans. I have it tattooed on my back.” And, just in case that isn’t bad-ass enough… “My little dog’s name is Apache,” he adds — “my little Shih Tzu Pomeranian.” No wonder the appellation finally made its way from the license plate, the tat, and the Tzu to the front cover of the most personal album of his career. 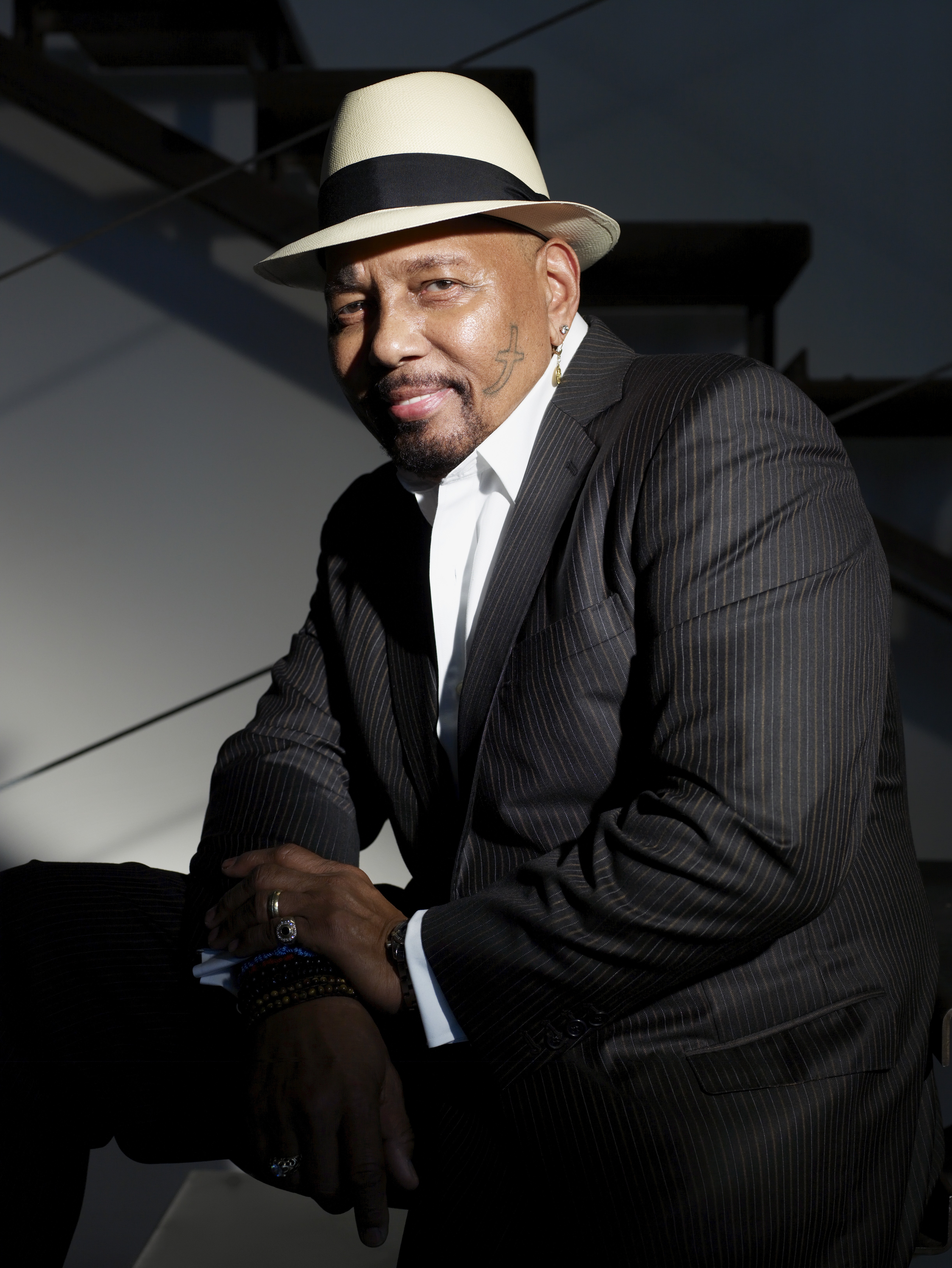