Alejandro Escovedo is one with his muse and his music. Over a lifetime spent traversing the bridge between words and melody, he has ranged over an emotional depth that embraces all forms of genre and presentation, a resolute voice that weathers the emotional terrain of our lives, its celebrations and despairs, landmines and blindsides and upheavals and beckoning distractions, in search for ultimate release and the healing truth of honesty. Sometimes it takes the form of barely contained rage, the rock of punk amid kneeled feedback; sometimes it caresses and soothes, a whispery harmony riding the air of a nightclub room, removed from amplification, within the audience.

His rise has been gradual, a steady incline rather than a quick ascendance, but it has deepened and burnished his music, made it closer to the bone, where it begins to break, deepening his insight and his ability to find that insight in performance. His tireless touring, and dogged determination to place one album after another, has taken him through many musical scenes, remaining the same persona within each, of an artist who doesn’t settle for the easy way out.

“You just do your good work, and people care,” Alejandro says over the phone beginning a promotional tour for his latest work, Street Songs of Love, his tenth solo album. “I always believed, when I was a kid, that if you just worked hard, you would find fulfillment. I think I got a lot of that from my father, and my brothers. A working musician is all I ever wanted to be. Hard work, to stay true to what you want to do, and then eventually someone would notice for that very reason.”

It is a journey that has taken him from Texas to California to New York and back again to Texas, encompassing a breadth of music as varied as the many bands he was part of before embarking on a solo career. In the 1970s, he surfaced on San Francisco’s no-holds-barred punk scene centered around the Mabuhay Gardens in North Beach, a guitarist in the Nuns; Rank & File helped unite the disparate worlds of punk and country in the 1980s; and after he moved back to Austin, the True Believers combined all manner of Americana music in a harbinger of what was to come in Alejandro’s solo career which begun in 1992 with the album Gravity. 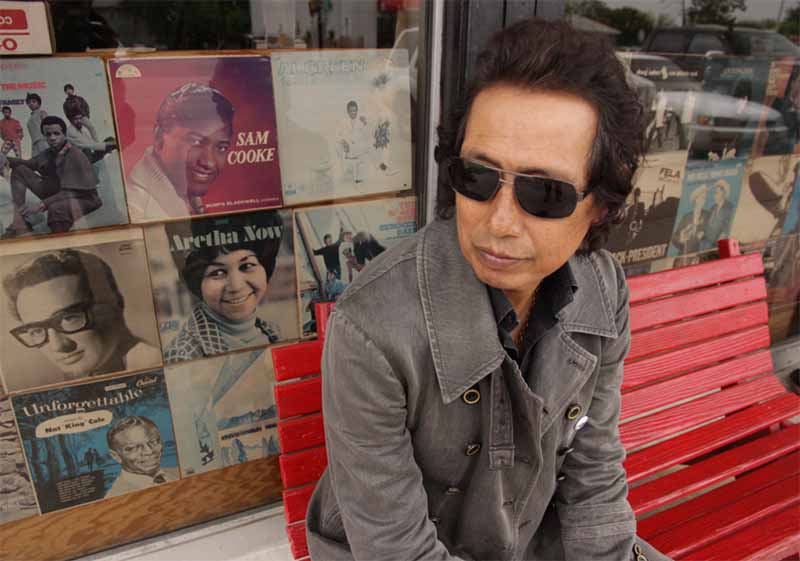