Amy Helm’s deep musical roots were enriched by a lifetime of exposure to the finest expressions of American musical tradition. Combined with her stunning vocal and other creative gifts, those roots have grown up to reveal a spellbinding artist who moves easily through a broad range of musical styles. The daughter of music legend Levon Helm and singer/songwriter Libby Titus Fagen, Helm wields a powerful voice that can both stir and soothe, whether she is singing traditional gospel, blues standards or her own heartfelt compositions. She is a gifted musician on both mandolin and drums, and has clearly absorbed the lessons of the many other accomplished artists with whom she has shared stages, including Mavis Staples, Emmylou Harris, and Joan Osborne as well as other uniquely American performers like Dr. John and Hubert Sumlin. A founding member of the roots band Ollabelle, with whom she has recorded three CDs, Helm has also performed live with scores of notable musicians like Warren Haynes, The Wood Brothers, and Donald Fagen, and her distinctive voice can be heard on recordings by artists ranging from Mercury Rev to Marc Cohn. Her lengthy resume is highlighted by many years of singing and playing alongside her father, with whom she conceived, launched and perfected the Midnight Rambles, intimate performances held since 2004 at his home and studio in Woodstock, NY. The musical chemistry, affectionate humor and family pride that Amy shared on stage with her father helped shape the Midnight Ramble as it evolved into a musical event that still attracts fans and musicians from around the world. She co-produced Levon Helm’s 2007 CD Dirt Farmer, which won the Grammy for Best Traditional Folk Album, and she is prominently featured on the Levon Helm Band’s Electric Dirt and Ramble at the Ryman Grammy-winning albums. While beginning her solo career, she continues to perform with both Levon Helm’s band and the Dirt Farmer Band as they carry on the eclectic roots music traditions from the Midnight Rambles. 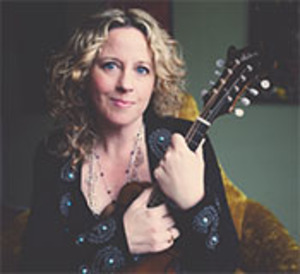