Amy Helm’s deep musical roots were enriched by a lifetime of exposure to the finest expressions of American musical tradition. Combined with her stunning vocal and other creative gifts, those roots have grown up to reveal a spellbinding artist who moves easily through a broad range of musical styles. The daughter of music legend Levon Helm and singer/songwriter Libby Titus Fagen, Helm wields a powerful voice that can both stir and soothe, whether she is singing traditional gospel, blues standards or her own heartfelt compositions. She is a gifted musician on both mandolin and drums, and has clearly absorbed the lessons of the many other accomplished artists with whom she has shared stages, including Mavis Staples, Emmylou Harris, and Joan Osborne as well as other uniquely American performers like Dr. John and Hubert Sumlin. A founding member of the roots band Ollabelle, with whom she has recorded three CDs, Helm has also performed live with scores of notable musicians like Warren Haynes, The Wood Brothers, and Donald Fagen, and her distinctive voice can be heard on recordings by artists ranging from Mercury Rev to Marc Cohn. 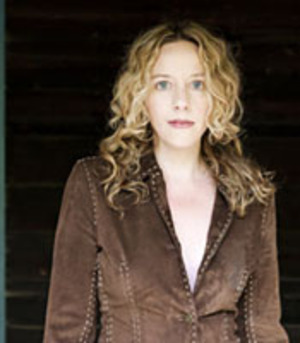