Back by popular demand! Born in Oakland, CA, Y&T is one of the San Francisco Bay Area’s own innovators of the hard rock sound. Featuring heavy grooves, powerful guitars and strong melodies, the band shows their versatility, delivering a range of high energy rockers, mid-tempo head-bangers, modern rock grooves, majestic ballads, and signature Y&T rock anthems. Since their inception in 1974, Y&T has sold over four million albums, receiving airplay with such hits as “Forever,” “Rescue Me,” “Mean Streak” and “Summertime Girls,” which also received heavy rotation on MTV. Whether performing to a festival crowd of fifty-thousand or in an intimate venue like the Narrows Center, Y&T’s high-energy set still captivates legions of fans around the globe, proving Y&T’s music timeless. 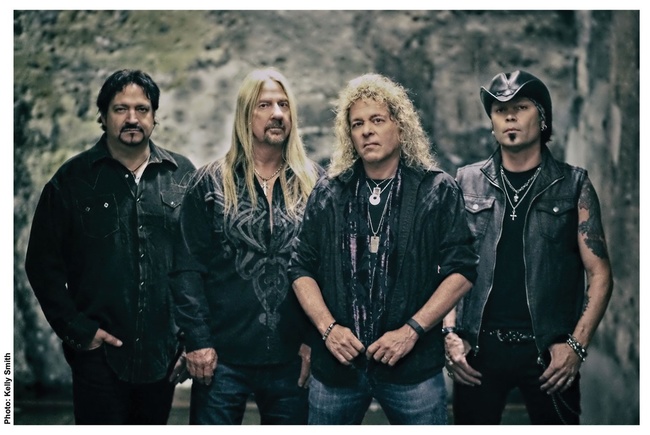