The depth of one’s life is evident through their music. The more sorrow, laughter and adventure experienced, the more interesting curves and crevices are carved into an artist’s songs. The miles traveled leave rich lines in the verses that only time, misadventure, and hard-won wisdom can produce. Anders Osborne is a map of intensely felt, passionately engaged living, a fractured but healing topography of heartbreak and hope for fellow travelers to explore.

Osborne’s music is redolent of the blues bathed in West Coast sunshine and brotherly compassion, a torchbearer for rock ‘n’ roll with blood in it’s veins and a heart in it’s hands. His long awaited new full length, Spacedust & Ocean Views, offers up graceful songwriting and signature guitar work on one of the strongest releases in his storied career. A strong sense of place runs through the album. From an evocation of geography to a questioning of one’s place in the universe, big ideas are condensed in thoughtful, smoothly swinging ways. It’s the album his fans have been waiting for- one that only he can deliver.

“These twelve songs speak about places dear to me, places I feel something profound about, but there’s also the presence of the universe,” explains Osborne. “I think one of the main struggles we all face is the separation from unity. I want to understand how I can feel unified with the world and others, with the universe writ large. I can arrange the ideas intellectually but the feeling of longing remains. The whole thing is a mystery, sometimes a sad, baffling mystery and sometimes very enchanting, but overall I just don’t understand and want to desperately. That’s what this music is, an attempt to understand it all.”

And what an attempt it is.

This special collection of compositions is the culmination of years of writing and touring. “This is the last chapter before something new emerges. I’m wrapping some stuff up and figuring some fresh stuff out,” says Osborne, who’s been moving beyond his complicated past for close to a decade. “Now my life is about a human experience in a larger sense. Now, I feel I’m standing on my own two feet, trying to be a grown man doing the right thing.” In an ever changing musical landscape, Spacedust & Ocean Views firmly plants Anders Osborne as one of American music’s elite guitarists and songwriters. 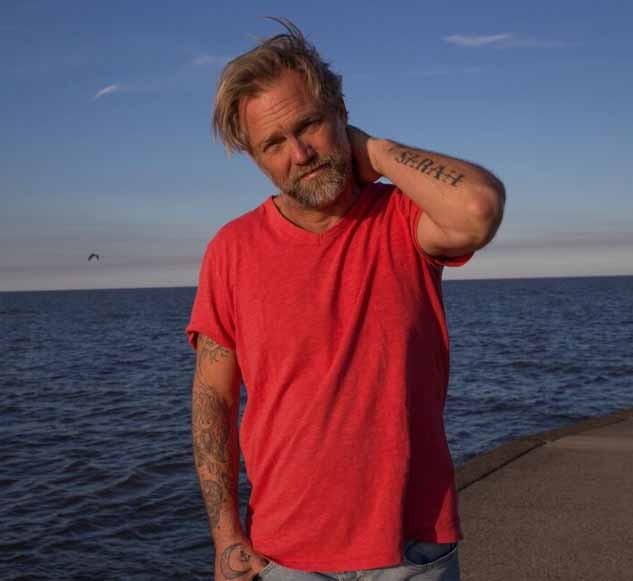