In 2006, when USA Today predicted that Aoife O’Donovan would soon become ‘the newest darling of the Americana set,’ it had already been true for quite some time. Called ‘a vocalist of unerring instinct’ by the New York Times, Aoife is one of the most sought after singers in the roots music field. Her work as the lead singer and co-founder of stringband Crooked Still put her on the map in 2001, and she has collaborated with a variety of musicians across genres since. Aoife’s crystalline voice can be heard on the Grammy nominated album The Goat Rodeo Sessions, alongside icons such as Yo Yo Ma, Edgar Meyer, Stuart Duncan, and Chris Thile. She’s also appeared as a guest vocalist with folks such as Ollabelle, Dave Douglas, Solas, Noam Pikelny, Joshua Radin, and Kate Rusby, among others. Fans of Alison Krauss may be familiar with Aoife’s unique songwriting-Krauss recorded Aoife’s song ‘Lay My Burden Down’ on her 2011 album Paper Airplane. Aoife signed to Yep-Roc Records and will release her debut solo album Fossils, produced by Tucker Martine, June 11, 2013. 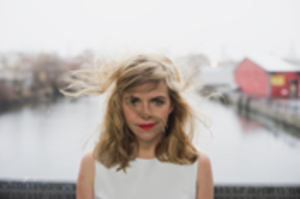