Rex Fowler and Neal Shulman have spent a lifetime of making music together as the folk/rock duo, Aztec Two-Step. After taking their name from a poem by beat poet Lawrence Ferlinghetti, and with four plus decades as staples of progressive FM radio, major record deals and non-stop touring, Rex and Neal continue to impress audiences with intelligent songwriting, dazzling acoustic lead guitar and soaring two-part harmonies. The duo has performed worldwide, been critically acclaimed in major U.S. newspapers, reviewed in Rolling Stone Magazine and appeared on numerous radio and TV shows, including The King Biscuit Flour Hour and David Letterman. 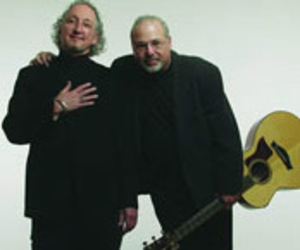