Since emerging as a favorite new live band out of Austin TX in the late 2000’s, the Band of Heathens has toured relentlessly, building a devoted following and landing on some of the finest stages in music. Over three studio albums and hundreds of shows each year, they’ve evolved as a group and broadened their sound. The Band of Heathens has been honored as Best New Band at the Austin Music Awards, and has been nominated in various categories at the Americana Music Awards over the past few years. The Wall Street Journal’s Jim Fusilli called theirs the best set at South By Southwest 2009. And the rest of the press has been equally effusive: The Dallas Morning News calls them ‘a must-see show.’ Maverick magazine says they’re ‘magnificent.’ For The Chicago Tribune, the band felt ‘refreshingly different,’ and The New York Times called their show at Brooklyn’s Union Hall ‘hungry, unflagging and lean.’ The Band of Heathens continues to be distinguished by creative collaboration and their epic live shows, which have earned them a strong fan base of folks who appreciate improvisation and a good jam, but crave a great song. And while songwriting and vocal duties are chiefly handled by the guys at the front of the stage, they are decidedly a I’ve man band, benefitting from the equal input of all. It is truly a band that needs to evolve to survive, and the fans have rewarded that growth at every turn. 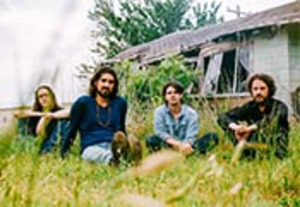