Three time Grammy nominee Bettye LaVette was born Betty Jo Haskin on January 29,1946 in Muskegon, Michigan. Bettye is an interpreter of the highest order. Whether the song originated as country, rock, pop, or blues, when she gets through with it, it is pure R&B. She gets inside a song and shapes and twists it to convey all of the emotion that can be wrought from the lyric.In 1962, at age 16, she became Bettye LaVette. Her first single was “My Man – He’s a Loving Man” on Atlantic Records. She recorded for numerous labels over the course of the 1960s – the 1980s. She also worked alongside Charles “Honi” Coles, and Cab Calloway in the Toni Award winning Broadway musical, “Bubbling Brown Sugar” in the role of Sweet Georgia Brown.

The 2000’s started what she calls her “Fifth Career”. Her CD, A Woman Like Me won the W.C. Handy Award in 2004 for “Comeback Blues Album of the Year”. She was also given a prestigous Pioneer Award by The Rhythm & Blues Foundation.
She recorded 4 CDs for hipster indie label ANTI- Records, 2 of which received Grammy nominations.

She has received the Blues Music Award for Best Contemporary Female Blues Singer, and performed a critically acclaimed version of “Love Reign O’er Me” at The Kennedy Center Honors in a tribute to The Who. She then performed “A Change Is Gonna Come” as a duet with Jon Bon Jovi for President elect Barack Obama on HBO’s telecast of the kick-off Inaugural Celebratory concert, We Are One.
2012 marked her 50th year in show business and she also released her no-holds-barred autobiography, A Woman Like Me, co-written with David Ritz. In 2016, her most recent CD, Worthy, has garnered her a third Grammy nomination. She also received the Blues Music Award for Best Soul Blues Female Artist.

Although still not a household name, the fans, critics and artists have nothing but high praise for her live show and her interpretive vocal skill. She is one of very few of her contemporaries who were recording during the birth of soul music in the 60s and is still creating vital recordings today. 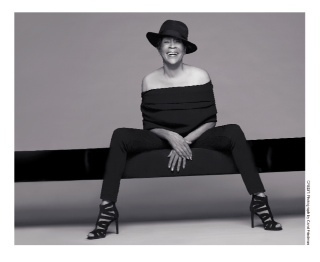