Noladelic PowerFunk. That’s the sound Big Sam’s Funky Nation have been whipping up for more than a decade. It’s high-energy music that mixes funk, rock & roll, hip-hop, and jazz into the same pot, glueing everything together with the brassy influence — and heavy grooves — of New Orleans.

From national performances at Bonnaroo and Austin City Limits to hometown appearances Voodoo Fest and Jazz Fest, Big Sam’s Funky Nation have built their reputation onstage. The band’s live performance are legendary, filled with blasts of brass, bursts of electric guitar, and the charisma of Big Sam, a frontman who sings, plays, dances, and involves the audience in everything he does. You don’t just watch a Funky Nation show. You become part of the show, singing along with Big Sam whenever he demands a call-and-response.

A native of New Orleans, Big Sam first rose to fame as a member of the Dirty Dozen Brass Band, whose touring schedule kept the young trombonist on the road for 300 days a year. The group performed with bands from all genres, backing up Widespread Panic one minute before sharing the stage with Dave Matthews Band the next. A fan of diverse bands like Parliament Funkadelic, Jimi Hendrix, Red Hot Chili Peppers, Living Colour, and Prince, Big Sam loved the variety that Dirty Dozen Brass Band offered. He wanted to front his own group, though. He needed to sing, to engage the crowd, to write his own songs. Inspired to chase down that dream, he formed Big Sam’s Funky Nation, reaching out to some of his favorite players from around the Big Easy — including Joshua Connelly, Chocolate Milk, Jerry “J Blakk” Henderson, and Drew “Da Phessah” Baham — to create his own supergroup. 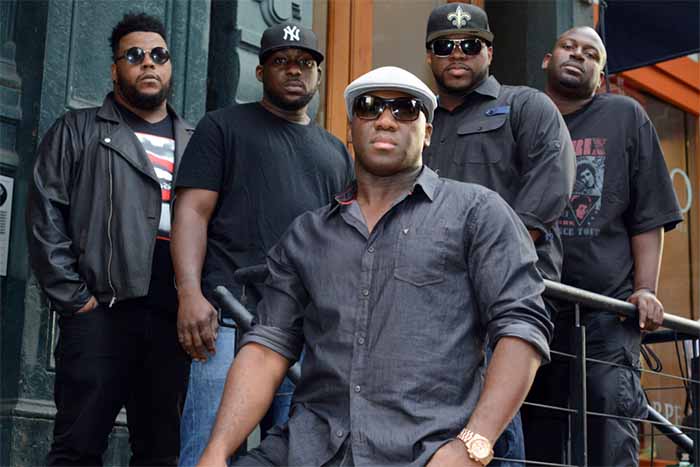