Bill Frisell has collaborated with artists as diverse as Elvis Costello, Bono, T-Bone Burnett, Paul Simon, McCoy Tyner, Ornette Coleman, Brian Eno, Ry Cooder and many more – a testament to his virtuosity as a guitarist, bandleader and composer. Grammy winner and two-time nominee including a 2009 nomination for Best Jazz Instrumental Album. 8-time Best Guitarist winner in the DOWNBEAT Critics Poll (including 2009) and three-time DOWNBEAT Readers Poll winner for Best Guitarist. 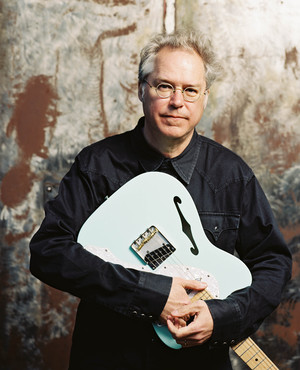