Grammy-winning guitarist and composer Bill Frisell touring behind the release of Beautiful Dreamers – a stunning recording consisting of original compositions and striking reinterpretations performed along with the unique talents of Eyvind Kang (viola) and Rudy Royston (drums). Produced by longtime collaborator Lee Townsend and recorded at Fantasy Studios in Berkeley, California, Beautiful Dreamers captures the musical magic that’s inhabited the performances of this particular ensemble since they first played live together as a trio in 2008. Frisell, a consummate artist who’s garnered respect and acclaim throughout his long career, considers this to be a particularly special project. Bill Frisell’s artistry is legendary and he’s made an indelible imprint on American music. His passionate, versatile talent transcends genres while pushing musical boundaries. He’s worked comfortably within the realms of jazz, rock, progressive folk, Americana, blues and classical playing with his own hand-picked ensembles or collaborating with stellar musical peers such as Paul Motian, McCoy Tyner, Paul Simon, Elvis Costello, Rickie Lee Jones, Lucinda Williams and Loudon Wainwright III to name a few. With Beautiful Dreamers, Bill Frisell has created one of his most personal musical statements working with Kang and Royston who engage him in seamless and stimulating musical dialogue. Says Frisell: ‘I’m so fortunate having the chance to play music with Eyvind and Rudy and having an audience willing to go along for the latest adventure. I’m the luckiest guy in the world being surrounded by all these folks who have so much faith and trust in the music, helping me to make my dreams come true.’ 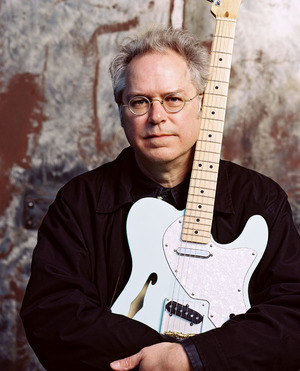