This outdoor event takes place at the Westport Rivers Vineyard, 417 Hixbridge Road, Westport, MA. Roomful of Blues and Twisted Pine will each play a full set of music.

About Roomful of Blues:

Even though Roomful of Blues’ lineup has changed over the years, the band has always been one of the tightest, most joyful blues ensembles in the world. Currently an eight-piece unit led by guitarist Chris Vachon, the band has never sounded fresher or stronger. In 2010, singer Phil Pemberton took over the vocal duties, bringing his sweet and soulful vocals and adding another bright new dimension to the jazzy, jump-blues musical roots. Their winning combination of jump, swing, blues, R&B and soul remains their calling card, as does their ability to fill the dance floor. Along with newer members, bassist John Turner, trumpeter Carl Gerhard, drummer Chris Anzalone, and keyboardist Rusty Scott, and longtime members baritone and tenor saxophonist Mark Earley, tenor and alto saxophonist Rich Lataille, Roomful keeps on rockin’ in 2019.

Full of energy and surprise, wit and subtlety, Twisted Pine has quickly become one of the most acclaimed young string bands in the Northeast. Audiences across the US and UK have been drawn to their forthright songwriting, lush harmonies, musical daring, and “charismatic appeal,” to quote Grammy-winner Alison Brown.

In its early days, Twisted Pine hewed pretty close to its bluegrass origins, but over time the quartet has developed a unique, infectious style without limits. Moving beyond the standard verse-chorus-solo structure of traditional string bands, Twisted Pine is a multilayered ensemble that brings the enveloping sound and pop hooks of indie music to an acoustic instrumental setting.

Guitarist Rachel Sumner and fiddler Kathleen Parks share the vocal mic, forming a combination as charming as it is gutsy. Whether switching off leads or blending and bending their voices into unexpected harmonies, these front-women are a commanding presence. On her instrument, Parks is an insatiable risk-taker, seeking out exciting new improvisational territories. Mandolinist Dan Bui is a master of melody and drive, celebrated widely for his dexterous, tasteful picking. And bassist Chris Sartori holds down the low end and a lot more, introducing creative, jazz-inflected cadences that never overwhelm the beat.

But while it’s easy to celebrate each of the band members individually, Twisted Pine isn’t just a collection of talented musicians. It’s a unit that grooves together. Intricate arrangements of swelling, syncopated rhythm and precise instrumental interplay generate something big and vital: a thick landscape of sound built on an organic acoustic foundation. It’s a fitting context for original songs written with equal parts passion and intelligence, adding up to music that lies at the intersection of heartrending and heart-racing.

In case of rain, this concert will take place on Sunday, July 14th. We will notify all buyers by Saturday, July 15th at 1pm. Tickets are non-refundable. 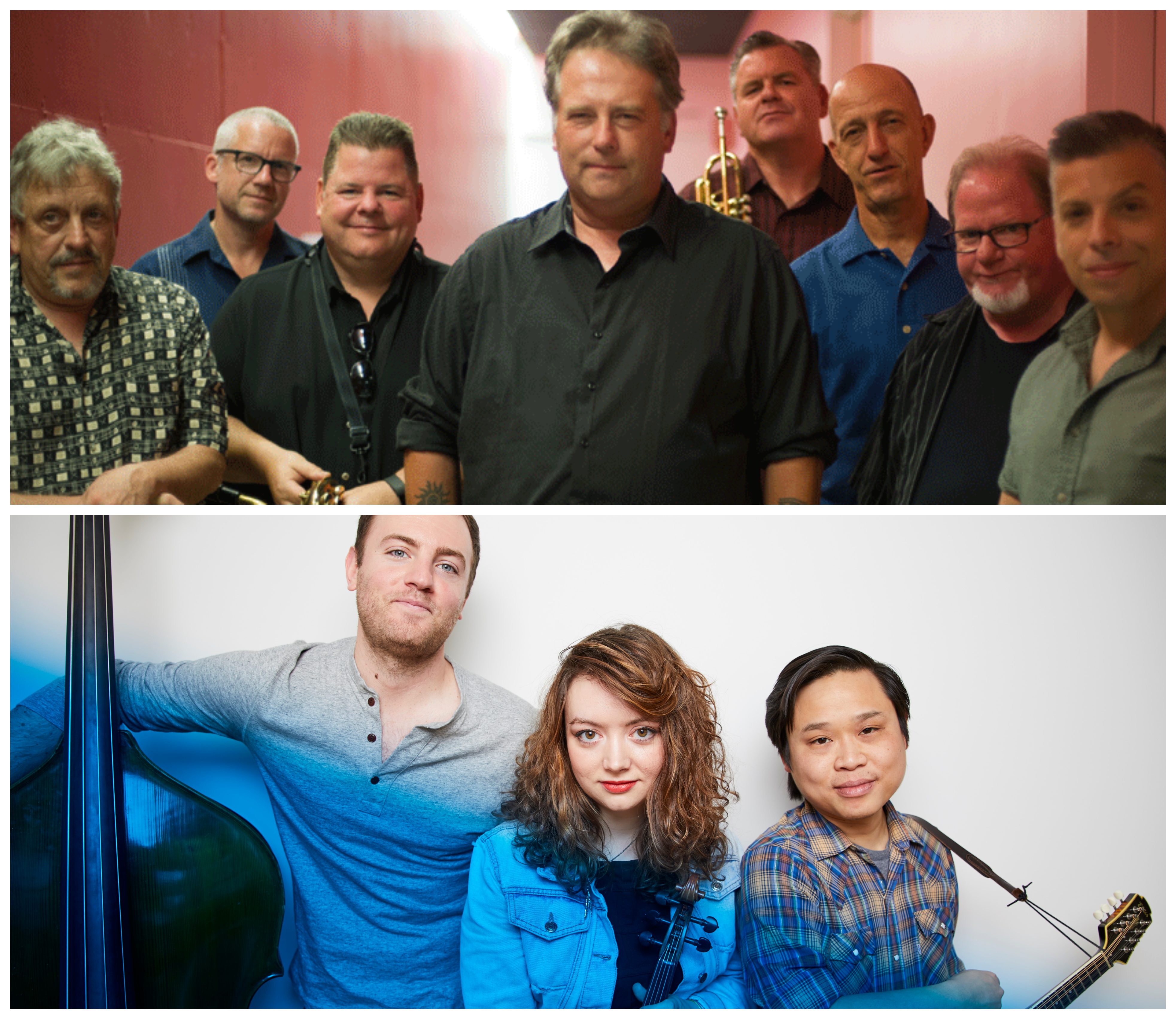