The Blues Project formed in 1965, being among the first blues-rock hybrid bands. The group’s classic period with Danny Kalb, Steve Katz, Andy Kulberg, Al Kooper and Roy Blumenfeld includes Live at the Caf?? Au Go Go (1966), Projections (1966), and The Blues Project Live at Town Hall (1967) as well as their only Billboard charting single ‘No Time Like The Right Time’ (1967). Kalb left the band with Katz, prior to Planned Obsolescence (1968), which was released by the remaining members under the Blues Project moniker at the insistence of Verve before they became Seatrain. Kooper and Katz went on to form Blood Sweat and Tears, where Katz remained throughout the 70’s. Kalb returned to appear on Al Kooper, Roy Blumenfeld, Danny Kalb, Steve Katz, Andy Kulberg Of The Blues Project (1968). The reformed Blues Project released Lazarus (1971) and The Blues Project (1972). The Blues Project disbanded in 1972 with their final recording, The Original Blues Project Live At Central Park issued in 1973. The band last reformed in 1993. This lineup will feature 3 original members: Kalb, Katz and Blumenfeld. This will be one of a handful of special performances on the Northeast this November. Kalb will release Moving In Blue, a double CD of material recorded over the last decade this October. 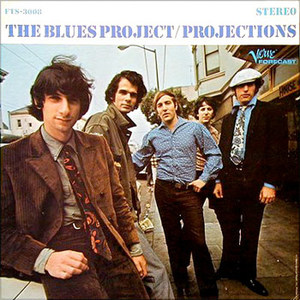