Carl Palmer is a drummer’s drummer. A consummate professional, a brilliant technician and a dynamic showman, he has thrilled listeners and audiences alike for nearly four decades with some of music’s most memorable bands including Atomic Rooster, The Crazy World Of Arthur Brown, Asia and Emerson, Lake & Palmer. Along the way his dazzling speed and mastery of the drums, combined with his infectious stage personality, have secured for him a respected place in history as one of Rock and Roll’s greatest drummers.

Carl Frederick Kendall Palmer was born in Birmingham, England, on March 20th, 1950. From the beginning it was clear that music was in the stars for the young Carl Palmer. His grandfather played the drums, his grandmother was a symphony violinist, his mother played an assortment of instruments, and his father sang, danced and played the guitar and drums as a semi-professional entertainer. In a musical family where even his brothers picked up the guitar and drums, Carl’s fascination with music began early and classical violin studies followed.

As he grew older, his tastes began to broaden and on ABC’s “In Concert” Palmer recalled how he was influenced by a film he saw during these formative years. The 1959 film “Drum Crazy” (aka “The Gene Krupa Story”), starring American film icon Sal Mineo (“Rebel Without A Cause”, “Exodus”), captured Carl’s imagination and set him on his way – he was hooked. His biggest influences from that point forward were Krupa and drum legend Buddy Rich who would later become a close personal friend of Carl’s. For his eleventh birthday he received a new drum set and immediately began to study the instrument. Over the next three years he studied with local instructor Tommy Cunliffe, played in a radio orchestra (the Midland Light Orchestra) and performed with his father’s dance band.

At age 14 Carl Palmer joined his first professional band, a six-month stint with The Mecca Dance Band, for which he was paid a whopping 23 pounds a week. At 15, Palmer enlisted in the Motown influenced King Bees along with Richard King on guitar, Len Cox on bass and Geoff Brown on lead vocals. The band would later be known as The Craig.

Already a respected working drummer by 16, Palmer moved on to join Chris Farlowe and the Thunderbirds which also featured guitar great Albert Lee (later with Eric Clapton, Albert Lee & Hogan’s Heroes, Emmylou Harris, Dolly Parton, Bill Wyman & the Rhythm Kings) and keyboardist Dave Greenslade (later in Colosseum). Pete Solley would eventually replace Greenslade in the band. Recalls Palmer, “yeah that was a blues band, a soul band with saxophones and everything. At the time, we were produced by none other than Mick Jagger.” It was Jagger who had originally discovered Farlowe. With Palmer in the band the Thunderbirds enjoyed moderate success with the single “My Way of Giving” but it was the Rolling Stones cover “Out Of Time” which propelled Farlowe to the top of the UK charts. 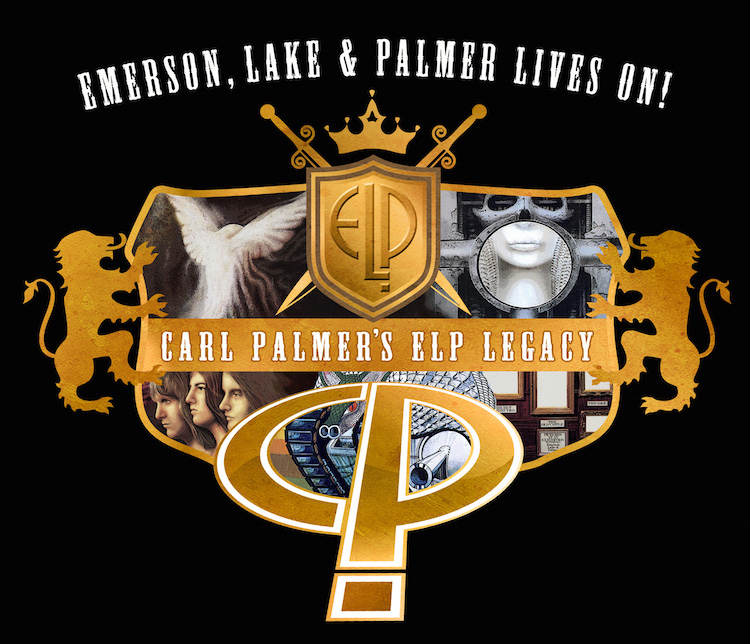