Carl Palmer is perhaps best known as a founding member of Emerson, Lake & Palmer (ELP) and Asia. He is also one of the most respected drummers in rock and roll history. As part of his world tour, Palmer will be promoting the release of his new DVD called ‘Decade’ that will be available at the show. He’ll also be serving up an evening of classic ELP music in a show that will last nearly two hours. Joining Mr. Palmer onstage will be guitarist Paul Bielatowicz and bassist Simon Fitzpatrick. 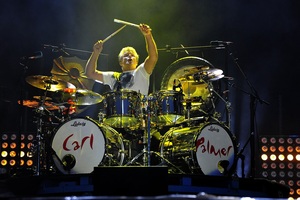