Carlene Carter has always straddled the line between country and rock. Daughter of the legendary and beloved June Carter Cash and Country Music Hall of Famer Carl Smith, and stepdaughter of the enduring Johnny Cash, she is heir to one of the richest musical legacies of all time. Long known as a Nashville ‘wild child,’ the young Carlene Carter embarked on a series of ricochet romances, musical experiments, and headline-grabbing escapades that made her one of the most colorful characters in the country-rock pantheon. A stint in London resulted in marriage to rock star Nick Lowe and to her acclaimed 1980 album Musical Shapes, forerunner of a sound Nashville would come to embrace in the 1990s. When her ‘party girl’ era ended, Carlene returned to Nashville. In the mid- 80s, she joined her mother and aunts as a member of The Carter Family. Touring with the Johnny Cash Show, Carter embraced her country roots, and the prodigal daughter began to make her own records again, this time on Music Row. In the 1990s, she sailed to the top of the country charts with such jaunty tunes as the GRAMMY nominated ‘I Fell in Love,’ as well as ‘Come on Back,’ and ‘Every Little Thing.’ 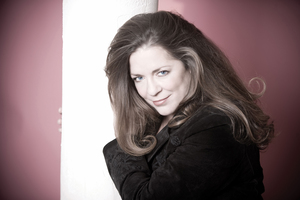