A jazz and blues singer, the Village Voice has called her ‘incredibly talented and classy.’ Talk about a solid foundation: Her dad was Louis Armstrong’s music director; her mom is a bassist and singer who has performed with Mary Lou Williams and Wynton Marsalis. To give you a better feel for her work, here are some of her gigs before playing the Narrows: the Panama Jazz Festival (Republic of Panama, where her dad was born); opening for the Levon Helm Band in Woodstock; several dates as part of the American Beauty Project, a tribute to the Grateful Dead, featuring Ollabelle and Jim Lauderdale; and a performance for the Mountain Stage Radio Show. Her new album was recorded at the Levon Helms Studios in Woodstock and will be released shortly before she plays the Narrows. www.catherinerussell.net. 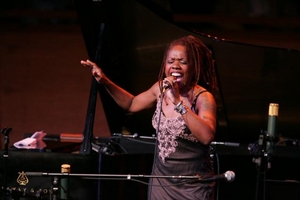