Celebrating Our 12th Anniversary with Bill Payne (of Little Feat)

For the past four decades, Bill Payne has spent more time on the road, in studios, and working with rock n’ roll hall of famers than most of that rare group of musicians who can pay the bills with their talent and endurance. He’s one of rock’s most talented keyboardists, a legitimate legend among peers. A founding member of Little Feat, he’s appeared on hundreds of studio albums and toured with the likes of Jimmy Buffet, James Taylor, and the Doobie Brothers. Most people in the music industry or familiar with rock’s meaningful past know this amazing musician’s songs and recognize his chops instantly. Countless musicians have shared time with him in the studio or onstage. More would like to, because he makes most musicians better. Gabe Ford, drummer for Little Feat will be joining Bill for this show. 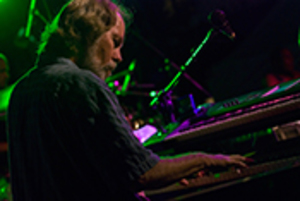