Grammy winner and 7 time Grammy nominee Paula Cole has released six solo albums spanning an eighteen year career. In April, she will release her seventh solo album titled Raven. The release comes on the 20th anniversary of her performance debut on Peter Gabriel’s ‘Secret World Live’ tour/album (1993-1994) and her solo debut Harbinger (Imago Records). With Raven, Paula returns to her Harbinger-styled, storytelling roots. Her songs ‘Life Goes On’ and ‘Eloise’ tell the tales of family, heartache, love; ‘Sorrow-on-the-Hudson’ paints the image of the river as Self; mighty, yet lonely. The anthemic ‘Strong Beautiful Woman’ is Cole’s mantra for mothers, partners and daughters. Fear and the danger of losing one’s voice in ‘Scream’ resolves in finding her voice through the cathartic writing and singing, not unlike Cole’s personal journey. Longing, sex, fantasy and feminism are all themes evoked in Raven. Paula has sold approximately three million albums and has performed with icons in many genres of music from Peter Gabriel to Dolly Parton (and many more.) Cole’s emotionally deep and thrilling performances are a trademark. Poetic and fiercely touching, intelligent writing makes Cole stand apart. Her compositions have been covered by Herbie Hancock, Annie Lennox, Katherine McPhee to name a few. 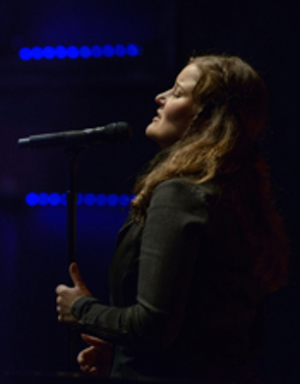