Lifted off the Ground may be Chely Wright’s seventh album, but on a number of levels it feels and sounds like her first, revealing an artist who has undergone a dramatic artistic transformation, emerging as a singer/songwriter of the first order. But the new album would never have come to be were it not for an equally dramatic personal transformation, which she has candidly and painstakingly documented. Though she made her name as a commercial country singer, recording songs from some of Nashville’s top writers’including modern-day classics like ‘Single White Female,’ ‘Shut Up and Drive’ and ‘Jezebel”Wright had been honing her craft as a songwriter since her teenage years in rural Kansas. She was signed as a writer in 1993 and wrote half of her first and second albums before realizing she still had a ways to go before she was ready to bang ’em out with the big boys. But she kept working at her craft, placing a handful of original songs on each of her subsequent records, and coming up with a Top 10 hit for Clay Walker before penning eight songs on her most recent album, 2005’s Metropolitan Hotel, including the zeitgeist-capturing hit ‘The Bumper of My S.U.V.’ That release followed on the heels of the rarities collection Everything, containing previously unreleased originals. 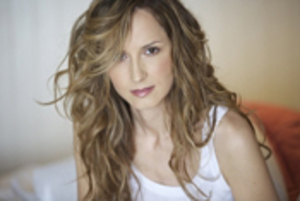