Back in the old days,’ muses resilient troubadour Chris Smither, ‘writing new songs and making new albums were just chores. My priority was, and still is, performing live. I guess I still write the songs and make the records so that I can go out and play ‘ except that now I actually look forward to it. I’ve learned how to do it, and I’m very eager to get stuff recorded once I’ve written it.’ Recorded in only three days, Time Stands Still is just the eleventh studio album of a career that now spans over four decades. Time Stands Still (Signature Sounds/Mighty Albert) is both pensive and visceral ‘ an album whose songs alternately ponder life’s mysteries in some moments, and let them lie undisturbed in others. Featuring eight new original compositions and a song apiece from Bob Dylan, Mark Knopfler, and 1920s country-blues songster Frank Hutchison, Time Stands Still’s immediate, intimate sound is the direct result of one gig, and the challenge it presented. 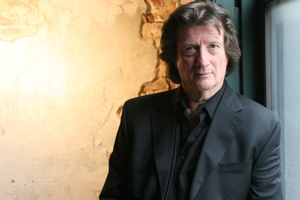