Chuck Prophet and the Mission Express

For most of his life, San Francisco has been Chuck Prophet’s muse…or more accurately, his drug of choice. ‘It can suck you under. That first hit. It really does a whammy to you. And if you’re like me you can find yourself chasing the San Francisco dragon for the rest of your life. That’s what the record is about.’ Named for the ill-fated rock club of the same name, Temple Beautiful was ‘made in San Francisco, by San Franciscans about San Francisco.’ Roy Loney, vocalist and wildman in legendary Bay Area band The Flamin’ Groovies contributes guest vocals to the title track. One of the driving forces behind cult heroes Green on Red and the influential L.A. Paisley Underground scene in the 1980s, Prophet’s creative mold was actually cast in San Francisco. Recalls Prophet, ‘Temple Beautiful is the name of a long closed rock and roll club which was between Bill Graham’s iconic Fillmore Ballroom and the tragic storefront church founded by the Reverend Jim Jones. It’s where I saw my first gigs.’ Inspired by current San Francisco artists, Prophet felt compelled to pay tribute to the history and weirdness that brought him to the city nearly 30 years ago. ‘There’s a kind of rock and roll psych renaissance going on in this town at the moment with bands like Thee Oh Sees, Girls, The Fresh and Onlys, Kelley Stoltz and Sonny and the Sunset’s. I’m very encouraged by all this stuff going on here.’ 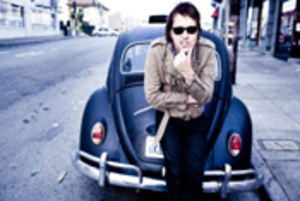