He learned the electric blues guitar from Albert Collins while playing drums in his band. John Mayall recruited him for his newly re-formed Bluesbreakers, filling the spot once held by the likes of Eric Clapton and Mick Taylor. ‘In a world of blues guitar pretenders, Coco Montoya is the real McCoy. Be prepared to get scorched,’ says Billboard. 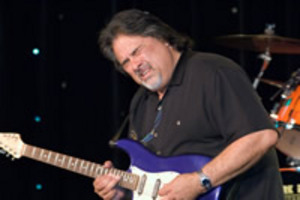