Artie Januario is one of Boston’s premier comedians. A regular in Las Vegas he is also makes frequent appearances at the Comedy Connection of Boston, Nicks Comedy Stop, and Giggles in Saugus, MA. He also recently hosted the prestigious Comics Come Home event in Boston and he’s opened for Dom Irrera, Richard Lewis, Lenny Clarke, and many other national headliners. Relating stories of family, married life and the work place, Januario is able to relate to virtually everyone in his audience and has one of the funniest acts in the business. Frank Santorelli has not only been a long time Boston area headliner, but fans will recognize him from his recurring role of ‘Georgie the Bartender’ in The Sopranos and his star role in film ‘The Godfathers of Comedy.’ Santorelli has appeared in numerous movies including ‘No Reservations,’ ‘Meet the Parents,’ and ‘Crooked Lines,’ as well as having been seen in many television shows including ‘Law and Order.’ Santorelli has headlined at some of the world’s most famous comedy clubs including Comic Strip, Catch a Rising Star, the Comedy Cellar, and Caroline’s, all in New York City as well as the Laugh Factory and The Improv in Los Angeles. He has also appeared at many of the major clubs around the country. Chris Dimitrakopoulos (Chris D) is the second son of Greek immigrants and uses his family background to become a rising star in the Boston stand-up comedy scene. Performing at all the top clubs and venues all over New England, he was recently voted as Boston’s second best young comedian by the Boston Comedy Scene Examiner. With his blend of jokes about his quirky, Greek father and his unique perspective on the world around him, Chris has left audiences laughing. 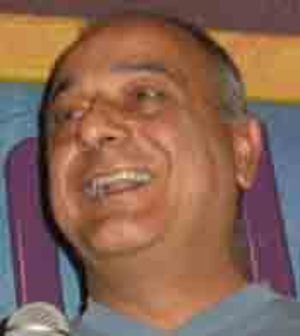