Bob Seibel is a 25-year veteran of the Boston comedy scene and is one of Boston’s best and most popular comedians. Having earned a reputation for his quick, sustained improvisation, Seibel is well known throughout the Comedy Clubs in the New England area and is a regular performer in Las Vegas and Atlantic City. On stage, Seibel hits his audience with a tireless string of stories about his German parentage, his world travels, and every day observations he turns into 45 minutes of hilarity, which is a hit with patrons raging in age from 21 to 91. PJ Thibodeau has performed at some of the best comedy venues in the country including The Mohegan Sun Resort and Casino; Foxwood’s Resort and Casino; Caroline’s Comedy Club in NYC; The Comedy Connections in Boston, Providence and Portland; The Comic Strip in NYC; The Laugh Factory in Los Angeles and many more. A Rhode Island Comedy Festival Male Stand Up Comedian winner, Thibodeau has received praised from many corners including The Boston Globe which wrote, ‘PJ wins the crowd over quickly and easily.’ With a mix of styles and a variety of topics, Thibodeau is full of emotion as the audience is given an entertaining look at life from a simple man’s point of view. After opening for some of the biggest names in comedy such as Dane Cook, Dave Chappelle, Jim Breuer, Dom Irrera, Brian Regan and Jay Mohr, Thibodeau, himself, has become a headliner. He single-handedly stole the show at the last two Rhode Island Comedy Comedy Festivals. Jerry Thornton, a veteran comic and a winner of the WBCN Boston Comedy Riot competition. He appeared on HBO in the Emmy Award-winning Red Sox documentary ‘Curse of the Bambino.’ He’s worked with national headliners Lenny Clarke, Steven Wright and Anthony Clark. He also writes for several sports websites. 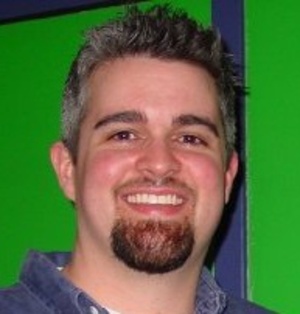