Mastrangelo is a 15 year veteran of the comedy scene, and is a regular in Las Vegas as well as having appeared on Comedy Central. Mastrangelo headlines in New York, Atlantic City, Hollywood and virtually every stop in between. Mastrangelo’s unique routine hits home with audiences of all backgrounds as he relates tales of family, marriage, fatherhood and countless other topics. A frequent writer for Jay Leno’s Tonight Show monologue, Mastrangelo’s observational comedy has earned him rave reviews and spots on the best comedy stages around the country. Christine Hurley was the first runner up in the nationally televised ‘Nick-At-Nites’ search for America’s Funniest Mom contest and frequently tours with national comedian Loretta LaRoche and works with LaRoche’s production company. With children at home and husband Jimmy Hurley by her side, there is never a moment in the Hurley house where comedic inspiration can’t be found. Christine has a way of looking at the daily struggles and joys of family life and finding the silver (sometimes more grayish) lining in everyday life. ‘I can pretty much take anything and look at it in a funny way.. Graig Murphy rapidly shot to fame in part due to his hilarious impersonations on Sports Radio WEEI where he can be heard doing the voices of Red Sox Manager Terry Francona, Patriots owner Robert Kraft, former Sox manager Grady Little, announcers Joe Morgan, Jon Miller, Shannon Sharpe, and Harry Kalas, as well as Governor Deval Patrick, James Earl Jones and more. But Murphy is more than a sports impersonator as his stand up routine is more than funny as he quickly climbs the comedy ladder. 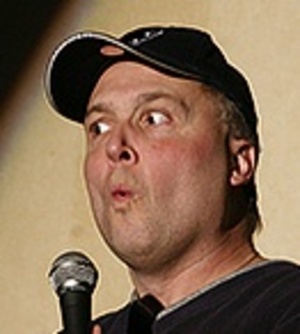