DJ Hazard is a comedy veteran and fan favorite who began his career in Boston and over the past two decades, has worked every major club around the country and worked with virtually every nationally known comedian. Hazard\\\’s list of credentials is impressive to say the least having worked Las Vegas and Atlantic City as well as having appeared on Comedy Central, A&E\\\’s Comedy on the Road, Showtime Comedy Club Network, Spotlight Cafe, he as a Comedy Central Laugh Riots Finalist, San Francisco Comedy Competition, Seattle Comedy Competition, and the Boston Herald Reader\\\’s Poll Comedian of the Year. Now stationed in New York City, Hazard continues to work the major. Hazard is a gentle giant who looks more like a prison enforcer than a comedian, but crowds around the country love him. Hazard can be seen in the films Blackballed: The Bobby Dukes Story and When Stand Up Stood Out, and he recently wrapped up shooting ‘Street Players,’ a dark crime drama filmed in Boston. He has released two comedy CDs, ‘Lock Up The Planet When You Leave,’ and ‘El Hazardo Rides Again.’ Joe Holden is a regular at the Comedy Connections in both Boston and Providence. His rapid-fire style in which he talks about life experiences and outrageously funny premises has audiences roaring. Holden has shared the stage with some of the top names in the business and is one of the fastest rising stars in the industry. Dan Crohn is already a New England star who is headed for much bigger days in comedy. Crohn is a Boston Comedy festival finalist, who has worked the top clubs in the region. Along with the top clubs in the Boston area, Crohn has appeared at the L.A. Improv, Catch A Rising Star in Reno, The Laugh Lounge in New York, the Gotham Comedy Club, Providence Comedy Connection (RI), The Hartford (CT) Funnybone, City Steam Brew Ha Ha (CT), and Catch A Rising Star (RI) . 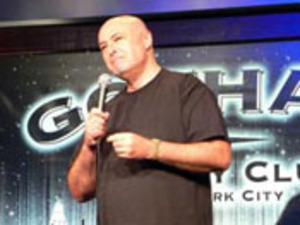