JIM LAULETTA Jim Lauletta is one of the most popular headliners in New England as well as being one of the most sought after comedians around the country and on cruise ships. Lauletta is a regular performer in Las Vegas, Atlantic City, and New York, as well as headlining at the major comedy clubs across the country. His television credits number multiple Comedy Central appearances including, ‘Two Drink Minimum,’ ‘Stand-up Stand-up,’ ‘Comic Re-mix,’ ‘Shorties Watchin’ Shorties,’ and ‘Make Me Laugh.’ He has been seen on Comcast Comedy Spotlight, and HBO’s U.S. Comedy Arts Festival ‘Best of the Fest,’ ‘Comedy Showcase’ and NBC’s ‘Friday Night’. MIKE HANLEY Mike Hanley’s unique style of high energy comedy has audiences erupting in laughter. From relationships, marriage, to his children and the day to day grind, Hanley’s stories make him relatable to all audiences. Hanley is a New England headliner who is a past winner of the Catch a New Rising Star Comedy Competition, Joker’s Wild ‘Next Big Thing’ Comedy Contest in New Haven, CT, and he was a finalist in the RI Comedy Festival, the Boston Comedy Riot, and the Tonight Show’s Funniest Person in RI. 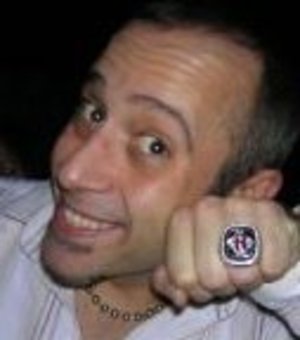