Jim Lauletta is said to be one of the most popular headlining college and club in acts in New England, Las Vegas and Atlantic City! He’s without a doubt comedy’s best kept secret. But not for long! His twisted, random and cynical delivery leaves crowds wondering, ‘What will he say next?!’. Jim’s national television credits include: HBO’s U.S. Comedy Arts Festival’s Best of the Fest, NBC, Comedy Central and Comcast’s Comedy Spotlight and most recently NESN’s Comedy All-Stars. Jim is guaranteed to leave you smiling for days even after you see his show! Today, Stephen Bjork is a polished veteran of the highly competitive Boston comedy scene with crisscrossing tours of the country under his belt. His material is intelligent; sometimes absurd, and always accessible, but first and foremost it is funny. What truly sets him apart from the teeming crowd of today’s comedians is that you never have to ask Bjork to work ‘clean.’ While so many comedians think working clean means simply omitting the F-bomb, Bjork takes everyday life and turns it upside down in a way that every demographic in any given audience can enjoy. And because he does it so well, no one ever misses the filth. A longtime favorite in nightclubs and colleges around the country, Steve enjoys equal success in corporate settings. 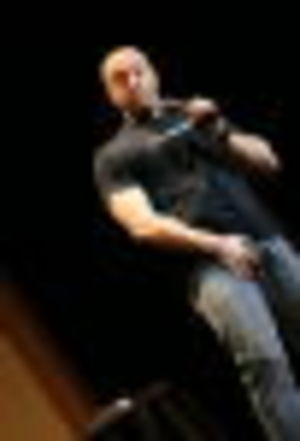