KENNY ROGERSON For the past 20 years Kenney Rogerson has been one of the top comedians in the region and among the best comics nation wide. Frequently referred to as ‘the funniest man you’ve never heard of,’ Rogerson combines a brilliant wit and an understated sarcasm that has led him to the nation’s top clubs as well as appearances on the late night talk shows including Letterman, and Conan O’Brien as well as appearances on Comedy Central, Showtime’s ‘A Pair of Jokers,’ Evening at the Improv, and MTV. As well as making stops to perform in Las Vegas and Atlantic City Rogerson has appeared as ‘Kevin the Biker Fireman’ on the FX hit show ‘Rescue Me’ and as ‘Pat the Cop’ on ABC’s ‘It’s All Relative.’ Rogerson wrote and starred in comedy film pieces on Fox Television Network’s ‘Sunday Comics’ and has made film appearances in ‘Fever Pitch’ and ‘There’s Something About Mary.’ He is simply one of the funniest comedians in the business. Steve Bjork For nearly two decades Stephen Bjork has been entertaining comedy crowds with his strange view of everyday life and a look at the past that virtually every one of his audience members has experienced. Bjork reflects on childhood occurences, being a new father, and everyday life that receive the Bjork twist. Having performed alongside some of the top names in the business, Bjork has shared the stage with the likes of Dane Cook, Steven Wright, Dom Irrera, Dave Chappelle, Gilbert Gottfried, Joe Rogan, Dana Gould, and Tommy Chong. He has also opened for the legendary musical group The Platters. Bjork has performed in Las Vegas, as well as the Mohegan Sun in Connecticut, Hilarities in Orlando, FL and Cleveland, OH; TSM Comedy Club in Louisville, KY; Crackers in Indianapolis, IN, Penguins in Cedar Rapids, IA, and many, many others as well as being a New England favorite. 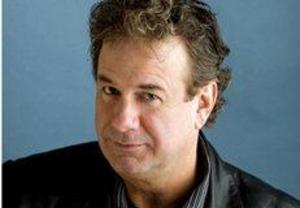