Dan Bern is best known for his prolific songwriting and electric live persona. He has released eighteen albums since 1997 and built a loyal following based on prodigious touring and output of songs in all forms. Since 2007, Bern has also focused his talent and sharp wit on writing songs for movies and other projects. He composed over a dozen songs for the Jake Kasdan/Judd Apatow spoof-biopic Walk Hard: The Dewey Cox Story and composed songs included in Apatow’s Get Him to the Greek, starring Russell Brand. Bern’s song One Dance was also included in Kasdan’s first film Zero Effect starring Bill Pullman, Ben Stiller, and Ryan O’Neal. Bern wrote a number of the songs in Walk Hard and Get Him to the Greek with fellow songsmith Mike Viola. He has also written with Marshall Crenshaw, Peter Himmelman, Greg Prestopino and many others. Bern wrote Swing Set, a duet with Emmylou Harris, for the off-Broadway production of Family Week directed by Jonathan Demme and wrote the title song for Demme’s documentary Jimmy Carter: Man From Plains. Grant Peeples is dubbed a ‘guitar-slinging poet’ by Music News Nashville. A voice No Depression says ‘sounds like a ’57 Chevy with glass mufflers.’ Songs that Routes & Branches deemed ‘smart, strong lyrics that mean something, and say it in a way that you haven’t heard before.’ This finger-in-your-eye styled songwriter and 7th generation Floridian is a former expatriate. He spent 11 years on a tiny island off the coast of Nicaragua, where he installed the island’s first flushing toilet. He returned in 2006 to a very different homeland. Much of his songwriting is a response to what he found when he returned. His latest release, Prior Convictions (2012) was produced by legendary roots icon Gurf Morlix. John Conquest of 3rd Coast Music reviewed the record: ‘Unusually literate, unusually honest. He’s the only songwriter I’ve ever called ruthless.’ 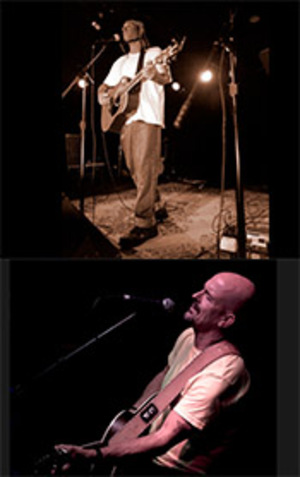