Pianist, composer and lyricist, Dave Bass, is a great American success story that reads like a riveting bio-pic script. This Cincinnati native began piano lessons at age seven, and shortly after graduating high school, formed his own band who opened for Captain Beefheart. He was soon accepted into Boston’s Berklee College of Music, leaving after just a few months to study piano with the legendary Madame Margaret Chaloff. Madame schooled him and other young, immensely talented jazz artists as Keith Jarrett, Steve Kuhn and Kenny Werner, who understood the importance of developing a signature sound and style. Chaloff taught in the ‘Russian Technique’ ‘ a unique tool for tone production and musical articulation. A typical lesson might not go beyond using a ‘weightless wrist’ to correctly play a single note. While in Boston, he also studied composition with George Russell and Avram David, again formed his own band, worked a variety of commercial gigs, serendipitously landing a great stint as Brenda Lee’s pianist, leaving Boston behind for multiple tours of Japan, Singapore and Malaysia. In June 2010, he released his first CD, GONE, with the Dave Bass Quartet featuring Ernie Watts, Babatunde Lea, Gary Brown and guest vocalist, Mary Stallings, showcasing ten Dave Bass original rock-solid compositions ranging from post-bop, sultry ballads, to gospel, straight-ahead, and to Bossa Nova and Tango. In addition to Dave’s ten originals, GONE features an exciting duet with Ernie and him on Astor Piazzolla’s famous Libertango. Produced by Babatunde Lea and Dave Bass, GONE hit #2 on the national JazzWeek Radio Charts after only 3 weeks. Bolstered by such great national interest and radio play, Dave was inspired to write new, exhilarating compositions and arrangements for his new CD, NYC Sessions, featuring jazz legends Phil Woods, Karrin Allyson, Harvie S, Ignacio Berroa, Conrad Herwig, and others. Dave also brought a new dimension to two of his instrumental compositions from GONE with his original lyrics and vocals by Karrin Allyson on Lost Valentine, and Paulette McWilliams on Since I Found You. National tours and a new label affiliation are currently in the works. Stay Tuned! Who said lawyers can’t swing? 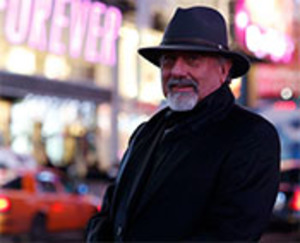 END_OF_DOCUMENT_TOKEN_TO_BE_REPLACED

The Heart of the Story: Illustrated Adventures of Creatures Real and Imagined Three local artists explore the ways in which illustration illuminates a story, imbuing it with heart, humor, and humanity. Linda Bourke will exhibit the original illustrations...

The War and Treaty return to the Narrows Center on

Join us tomorrow, May 14th for the wonderful A Tal

Huge thank you to Matt Andersen and Terra Lightfoo

We hope to see you this Friday and Saturday for th

Cowboy Junkies return to the Narrows stage on Sept

The Heart of the Story: Illustrated Adventures of Creatures Real and Imagined Three local artists explore the ways in which illustration illuminates a story, imbuing it with heart, humor, and humanity. Linda Bourke will exhibit the original illustrations