Dave Douglas is a prolific trumpeter, composer, educator and entrepreneur from New York City known for the stylistic breadth of his work and for keeping a diverse set of ensembles and projects active simultaneously. His unique contributions to improvised music have garnered distinguished recognition, including a Guggenheim Fellowship, an Aaron Copland award, and two GRAMMY?? nominations. While his career spans more than 40 recordings as a leader, his active projects include his Quintet; Sound Prints, a quintet co-led with saxophonist Joe Lovano; Riverside, a quartet co-led with Chet Doxas; a duo with pianist Uri Caine; and, debuting in 2015, High Risk, an electronic music-influenced quartet with Mark Guiliana, Jonathan Maron and Shigeto. Two 2015 projects demonstrate his virtuosity as well as his penchant for wide ranging explorations of new genres and creatively enriching partnerships with other musicians. High Risk, released June 2015, is a collaboration with electronic music artist Shigeto, backed by Jonathan Maron on bass and Mark Guiliana on drums. According to Seth Colter Walls in Pitchfork: ‘Simultaneously chill and surprising, it’s the sound of a group discovering a valid language, and then proceeding to push the limits of that new aesthetic.’ Sound Prints: Live at the Monterey Jazz Festival captures the Wayne Shorter-inspired collaboration between Douglas and Lovano. Martin Johnson of the Wall Street Journal calls the music ‘diverse, abstract and yet highly accessible’ while Fred Kaplan wrote in Stereophile: ‘They’re among the most vibrant, dizzying jazz bands around. Douglas and Lovano bounce off each other with an energy and virtuosity I’ve rarely seen either sustain in other settings (and that’s saying a lot).’ 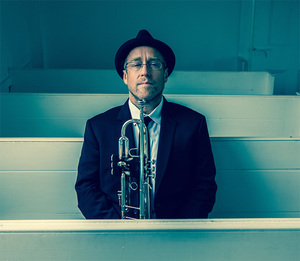