An unexpected and wildly successful solo spot for 600,000 concert goers at the 1970 Isle of Wight Festival in Great Britain led to a solo deal with Columbia Records, for whom David recorded four albums. His eponymous 1971 debut included “The Holdup,” a songwriting collaboration with former Beatle George Harrison, who also played slide guitar on the track. David also met the Grateful Dead and wound up with four of their members playing on his next two albums.

Bromberg’s material, based in the folk and blues idioms, continually expanded with each new album to encompass bluegrass, ragtime, country and ethnic music, and his touring band grew apace. By the mid-’70s, the David Bromberg Big Band included horn players, a violinist, and several multi-instrumentalists, including David himself. 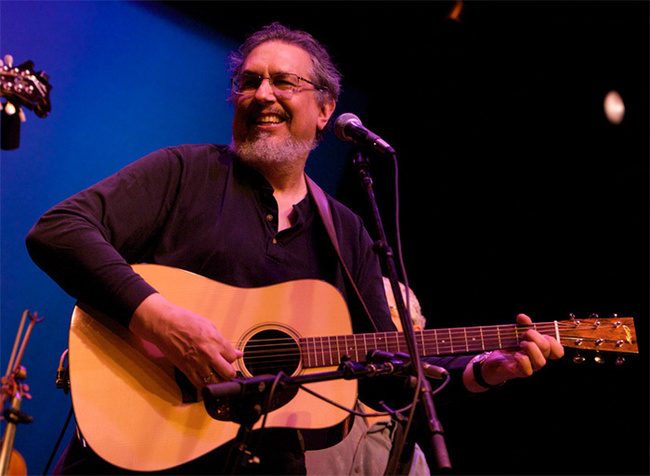