Donny McCaslin has long been one of the music’s most striking voices, with long-running collaborations that include innovators like Dave Douglas, Dave Binney, Gary Burton, and Maria Schneider. McCaslin’s performance on Maria Schneider’s 2004 album Concert In The Garden received a Grammy nomination for ‘Best Jazz Instrumental Solo.’ His own solo work has been marked by a restless exploration that is only accelerated with his latest release, Casting for Gravity (Greenleaf Music, 2012). Here, McCaslin’s gargantuan tenor sound finds an ideal setting to rampage through in the ferocious grooves and electronic textures of keyboardist Jason Lindner, bassist Tim Lefebvre, and drummer Mark Guiliana. Couching his trademark gift for brawny melodies in lurching dub rhythms, swirling electronica- inspired atmospheres, and arena-rock power, McCaslin has crafted a game-changer of an album, fusing a wealth of forward-looking influences into one wholly new modern jazz sound. 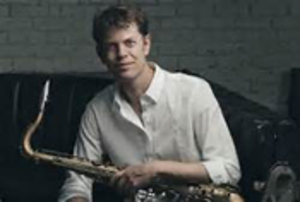