Driven by Music: A Collective Work by Kristen Pierson

Through the medium of photography, Kristen Pierson captures some of rock and roll’s most notable musicians performing live across North America. This exhibit allows the viewer to experience the fast pace of music photography by eliciting feelings that the viewer is immersed in that particular moment at a show. Among the musicians photographed are Aerosmith, Grace Potter and the Nocturnals, Mumford and Sons, Dave Matthews, Tim Reynolds, and many more.
About the artist:
Kristen Pierson is an internationally published music and portrait photographer specializing in concert photography and band portraits. Her work has appeared in multiple publications, including Rolling Stone, Kerrang! Magazine, and Limelight Magazine of New England. She is available for live music coverage, tour photography and band portraiture.
The opening reception is Saturday, February 8th from 12:30 – 2:30 p.m. The public is cordially invited. 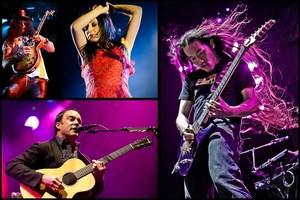