Eilen Jewell is the queen of the minor key. Sad songs are her wealth and finery. But beware, savvy observer. Do not confuse the singer and her songs. Eilen’s fans have marveled at her warmth, unique wit, and onstage humor. Her song writing is a blend of influences from early blues, rockabilly and surf-noir, to 1960s era rock and roll. Her repertoire includes everything from up-tempo rockers that swing, to stunning, lyrically poetic ballads. The Los Angeles Daily News wrote, ‘Sometimes as darkly damaged as Lucinda Williams, at others as defiant and teasing as prime Peggy Lee and always authentically Americana in the Gillian Welch tradition…. She’s mighty good.’ Eilen and her band have been living on the road, from North America to Western Europe, New Zealand and Australia, and have shared the stage with Lucinda Williams, Mavis Staples, George Jones, Emmylou Harris, Blind Boys of Alabama, Chris Smither, and Junior Brown. Hollywood stars (Tom Hanks in Entertainment Weekly) to heads of state (British Prime Minister David Cameron in Britain’s Telegraph) have praised Eilen’s music in the press. Eilen is currently recording her fifth, full-length, solo album with her long-time road band of guitar great Jerry G. Miller, husband and drummer Jason Beek, and slapping upright bass player Johnny Sciascia. 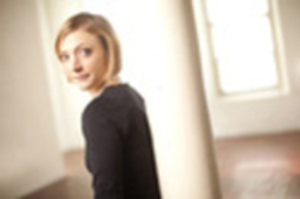