If you’ve been following the doings at the Narrows, you know that we claim to have discovered one of the hottest up-and-coming-young-Boston-area-based performers on the national Americana music scene, Eilen Jewell. Her debut album has charted nationally, and she’s created a buzz in these parts with her understated take on ‘cosmic American music,’ to, I think, borrow a phrase from Gram Parsons. 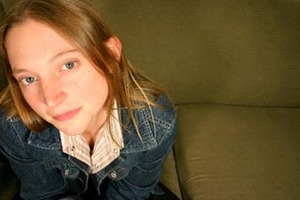