Lifelong roots musician extraordinaire, Eric Lindell has been winning legions of fans across the USA and around the world since his 1996 debut album, Bring It Back. His compelling blend of R&B, soul and country has received widespread critical acclaim and attention from the likes of Rolling Stone, USA Today, the Los Angeles Daily News, Relix Magazine, the Chicago Sun-Times and many others, including appearances on “Late Night With Conan O’Brien” and the final episode of HBO’s “Treme.”

Playing to packed houses across the country on a nightly basis, while backed by a sizzling hot live band, Lindell’s live performances are ‘must-see’ events. (Just ask founding member of Creedence Clearwater Revival and Rock and Roll Hall Of Fame inductee John Fogerty, who jammed onstage with Eric at Tipitina’s in New Orleans to celebrate his own 20th wedding anniversary.) His annual appearances at the prestigious New Orleans Jazz & Heritage Festival have become the stuff of legend, and considered highlights of the two-week fest.

When not on tour with his band, Lindell plays with Dragon Smoke, the New Orleans supergroup he-co-founded in 2003 (whose members include Ivan Neville, and Galactic’s Robert Mercurio and Stanton Moore).

On Matters of the Heart Lindell continues his long-time collaboration with legendary Texas guitarist, Anson Funderburgh, whose phenomenal lead playing adds even more layers of blues and soul to the album. Another friend of Lindell’s, Luther Dickinson (North Mississippi Allstars, the Black Crowes), co-produced some of the tracks and adds some fantastic resonator slide guitar. Aptly titled, Matters of the Heart is a vibrant, entrancing journey; a work filled with passion, devotion, and soul. 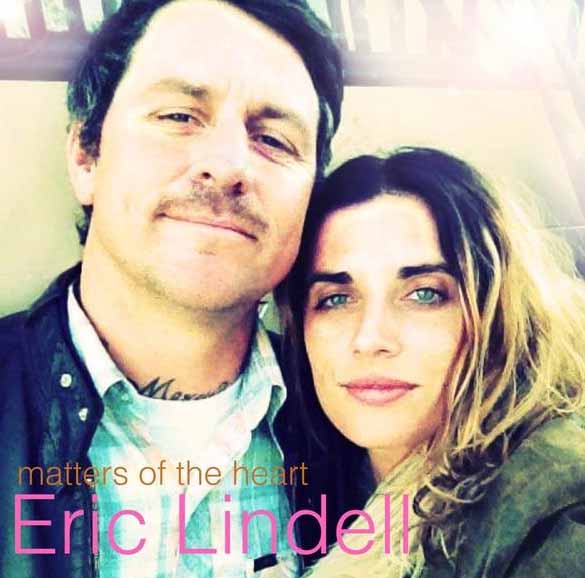