This is a FREE EVENT taking place on South Main Street in front of the District Court House in downtown Fall River. If you’ve gotten into Zydeco music, or felt its influence, or watched the world celebrate this great aspect of Louisiana culture over the past 30 years it’s likely been because of Buckwheat Zydeco. The band can claim the three largest selling Zydeco albums of all time. No other Zydeco artist has come close to selling as many records or exposing the music to more people around the world. Bringing the unique sound of Zydeco into the musical mainstream, Buckwheat Zydeco released the first-ever major label Zydeco album in 1987: Island Records’ ‘On A Night Like This.’ Over the course of Buckwheat Zydeco’s career, Buck has gigged with everyone from Eric Clapton and U2 to The Boston Pops. The band performed at the closing ceremonies of the 1996 Summer Olympics to a worldwide audience of three billion people. Buckwheat Zydeco even performed at both of President Clinton’s Inaugurals’.. For the past eight years, Boston’s rising stars Girls Guns and Glory have been making a name for themselves through relentless touring (about 200 gigs a year worldwide), the release of four critically acclaimed records, a slew of local awards, including being the Boston Music Awards first act of its genre to win Act of the Year, and international awards (Independent Artist of the Year at the French Country Music Awards). And, now, the hard-working band is refining their focus to the roots of rock ‘n’ roll with a twist of country on their fifth album, ‘Good Luck.’ The foursome (Ward Hayden on vocals/guitar, Paul Dilley on electric and upright bass/piano, Josh Kiggans on drums/percussion, and Chris Hersch on lead guitar/banjo) found inspiration for this record from early ’50s rock ‘n’ roll icons such as Chuck Berry, Eddie Cochran, and Buddy Holly, as well as country greats like Hank Williams and Johnny Cash’.. 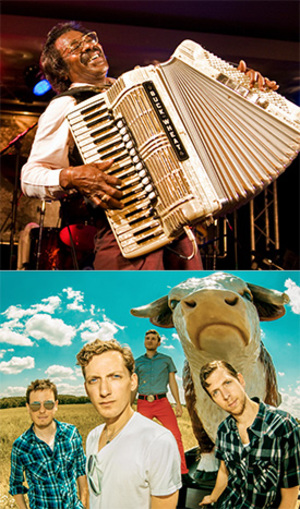