The Friends of Daniel Pearl Festival (FODfest) is a living celebration of community & friendship through music. FODfest was founded by Todd Mack, a close friend of Pearl’s, as a way to honor his friend with a legacy that reflects the ideals by which he lived rather than the tragic way in which he died. In addition to being a journalist, Daniel Pearl was a talented musician who believed in the power of music to bring people together regardless of the differences between them. A classically trained violinist and avid fiddle & mandolin player, music was Danny’s way of connecting with people and learning about the local culture as he traveled the world. FODfest is a unique performance format that is part jam session, part song swap, part concert. Some of the musicians performing were friends of Danny’s, while others didn’t know him at all. Most are meeting for the first time on stage. They all share Danny’s belief in music as a universal language. The 5th Annual FODfest tour kicks off at the Narrows Center for the Arts on October 1, 2009 before traveling 32 days across the country. FODfest takes place every October as a featured event of Daniel Pearl World Music Days, which is organized by the Daniel Pearl Foundation. Musicians playing are Aidan O’Brien, Bernice Lewis, Graham & Barbara Dean, Jann Klose, Lindsay Mac, Radio Free Earth, Sean Schenker, Todd Mack. 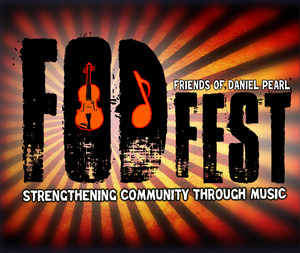