A devoted yogi who was born in Sintra, a small village near Lisboa, Portugal, Pais has played his own music all over the world with some of the best musicians in the New York scene. He plays original music that blends elements of his diverse cultural upbringing with elements of rock, world music and pop. As grammy award winner Esperanza Spalding says: ‘Francisco Pais is an incredibly talented composer and arranger; he is dedicated and I support him and believe in him.’ Music critic Brent Black 5 star review says: ‘While Pais is a stellar guitarist and a compositional beast, he now assumes the role of vocalist…’ ‘It is rare that an album contains such honesty and passion that both a visceral and cerebral connection can be made by all that should take the time to simply listen…’ ‘…Incredibly inventive and highly entertaining. A stunning recording on more levels then I have space to print…’ 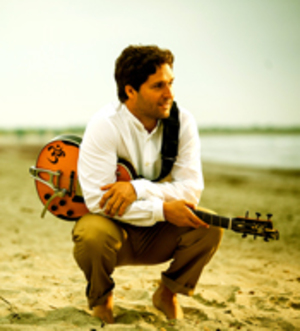