Forty years into his storied career, Garland Jeffreys is enjoying the kind of creative second wind most artists can only hope for the first time around, earning a swarm of critical accolades and experiencing his most prolific stretch in decades. ‘Truth Serum,’ his second album in two years, is a cri de c?ur, a stripped-down tone poem from an artist taking his rightful and hard-earned place in the musical pantheon. Growing up biracial in the outer boroughs lent Jeffreys a unique perspective, and his explorations of race, prejudice, and love earned him a reputation as a socially conscious urban poet with a keen eye for detail and immense lyrical power. He released a string of acclaimed albums and hit songs in the 1970’s and 1980’s, including ‘Wild In The Streets’ and ‘R.O.C.K.,’ collaborated with everyone from John Cale and Dr. John to Stan Getz and Sonny Rollins, and was one of the first Americans to record in Kingston, Jamaica. A testament to both the broad appeal and durability of his music, his songs have been covered by hardcore punk legends The Circle Jerks and neo-folkies Vetiver alike. 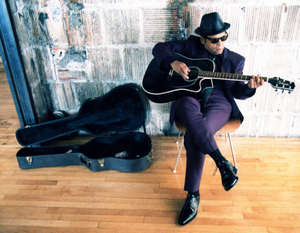