Forty years into his storied career, Garland Jeffreys is enjoying the kind of creative second wind most artists can only hope for the first time around, earning a swarm of critical accolades and experiencing his most prolific stretch in decades. ‘Truth Serum,’ his second album in two years, is a cri de cour, a stripped-down tone poem from an artist taking his rightful and hard-earned place in the musical pantheon. More than a dozen years had passed without an American album from Jeffreys when he came roaring back into the spotlight with 2011’s ‘The King of In Between.’ Hailed by NPR as ‘as good a classic roots rock record as you’re going to hear from anybody,’ the record-which featured an appearance by old pal Lou Reed-earned raves from The New Yorker to USA Today and led to a performance on Letterman, as well as appearances onstage with everyone from Bruce Springsteen to Levon Helm. The experience fueled a creative revitalization for the rocker, whose ebullient, late-stage creative energy colors every note of ‘Truth Serum.’ ‘The record is a kind of Rorschach, the boiled down essence of where I am today at seventy,’ says Jeffreys. Sung with the most relaxed, assured delivery of his career, the lyrics express a seasoned, hard-won acceptance balanced with an unflagging sense of optimism, while the music merges blues, rock, reggae, and folk into an infectious concoction distinctly his own. The result is an album that stands among Jeffreys’ very finest, combining the wisdom and perspective that can only come from age and experience with the passion and grit that have made him ‘one of the city’s rock and roll treasures’ (New Yorker). The record is a call to arms, a reflection on the world we live in and a vision of the world we owe it to ourselves to pursue. It’s the unvarnished declaration of a man whose time has come. 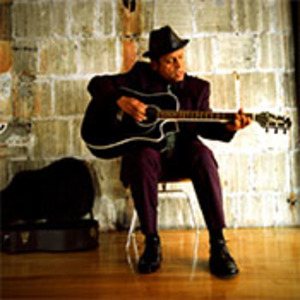